“A call for substance over appearance” was the name of the article in which more than a decade before the Financial Times recognized United Technologies Corporation (UTC) CEO George David for leading a company that outgunned GE in shareholder return. Relatively unknown, Mr. David said: “I just don’t believe that companies are the persona of their chief executives. So, I’m quite different in personality and style from the likes of Welch and Bossidy.” He was referring to his colleagues Jack Welch and Larry Bossidy, CEOs of General Electric and AlliedSignal respectively. Moreover, when he became president of UTC in 1992, he brought in Yuzuru Ito, a quality expert from Matsushita, whose product and service improvements and reduction of waste led to savings of about $2bn a year. “His stamp is on our company more than virtually any other person’s,” said Mr David. Although Mr. Ito was also relative unknown in comparison with the founding fathers of the TPS Taiichi Ohno and Shigeo Shingo, he was one of the most successful exporters of Lean to US and at a global scale. The Ito method was focused on improving the processes used by each of the 220,000 employees in 300 plants around the world. Unlike Jack Welch and GE, Mr David inspired by Lean decided to empower all its people for driving continue improvement instead of having “Belts” to lead improvement projects as it was proposed by Six Sigma methodology adopted by GE. Nonetheless Six Sigma today evolved to Lean Six Sigma its approach is still “project-based” and therefore leads to “learning before doing”. In contrast, Mr. David and Mr. Ito realized that performance is driven by people on daily basis and that their behaviours are based on values, therefore their performance too.

Although Mr. Ito developed an operating system called Achieving Competitive Excellence (ACE) with three elements at its core: culture, tools and competency; the whole system relies on people’s daily interactions and continuous improvement is “process-based” unlike GE’s Six Sigma approach. Therefore, leaders’ role is essential not only to promote but also develop culture and competency to deploy tools. What is more, this operating system demands trustworthy leaders besides respect for people, which is Lean core value, since trust is a key ingredient within culture in the ACE system. Hence, honesty to develop transparency in performance as well as reliability to build not only daily routines but also rituals during “huddles” are values that must be there within the leadership. Since ACE is not only is centred on shareholders but also on customers and employees, the trust of the later is as important as the former ones and it is built in the same way acting with transparency and delivering according what is expected. Moreover, leaders are role models within ACE’s framework, and they lead by giving the example and showing in their behaviours the same level of honesty and reliability that they expect from their teams. Furthermore, leaders are always role modelling and when they not only don’t exhibit those behaviours that they demand from their teams but on the contrary those ones that they don’t want in them, they are creating what was called “leaders’ shadow”.

Mr. Ito designed ACE to perform “right at first time” in all processes and at all organizational levels, thus he had to transform the mindset that quality and continuous improvement were performed outside processes by “Inspectors” and “Black Belts” respectively. First and foremost, to engage people it is important to show respect which is at the heart of Lean philosophy, but also trust is needed not only to lead but also to collaborate within and between teams and therefore it is deeply rooted within ACE’s culture. Moreover, trust requires accountability which is key to remove external quality controls as well as continuous improvement sources to rely on people to drive “process-based” continuous improvement which leads to “learning by doing” unlike GE’s Six Sigma approach. On one hand, ACE system empowers people by developing competencies to apply the tools effectively within daily process execution. On the other, leaders receive a three-day course not only with fundamentals of improving the quality of UTC products, services and business processes, but also the importance of empowering people to create accountability and reinforce their engagement. To summarize, it is the combination of trust within the culture with developing competencies to apply tools and leaders’ delegation not only of tasks but also accountability which create engagement and empowerment in people and a positive feedback loop between them.

Firstly, leaders who are trustworthy are the ones who are going to trust in their teams, hence build trust is the beginning of developing a company culture based on values instead of rules. Of course, this doesn’t mean that rules are not important or should be there, but whenever there is a lack of trust external rules will be replacing internal values. Secondly, people’s mindset about quality and continues improvement should be transform by developing competencies to engage them in a “process-based” continues improvement and empower them by delegating not only tasks but also accountability. Thirdly, the high-performance values will emerge as behaviours enhancing leadership and collaboration within and between teams not only with an impact on business outcomes but also improving customers and employees’ experiences. In order to reinforce those behaviours and high-performance values underlying them it is important to promote situations in which behaviours can be exhibit. For instances, if it is expected that people contribute to continuous improvement and innovation, there must be situations in which they can show these behaviours like daily kaizens and hackathons. On the other hand, once these behaviours are successfully exhibit people must be timely recognized to create a positive feedback loop to reinforce right behaviours and high-performance values. In conclusion, Mr. David and Mr. Ito were first movers in deploying successfully a “process-based” continues improvement system which drove “learning by doing” organizational learning and unlike Jack Welch’s approach created value not only for shareholders but also customers and employees as well. Finally, Ito University is a tribute to this remarkable man among world’s foremost experts on quality and UTC’s advisor from the late 1980s until his death in 2000. 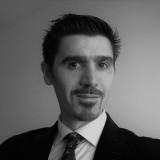